Raven 516 Comments Off on Garnet – More than just a Pretty Crystal! 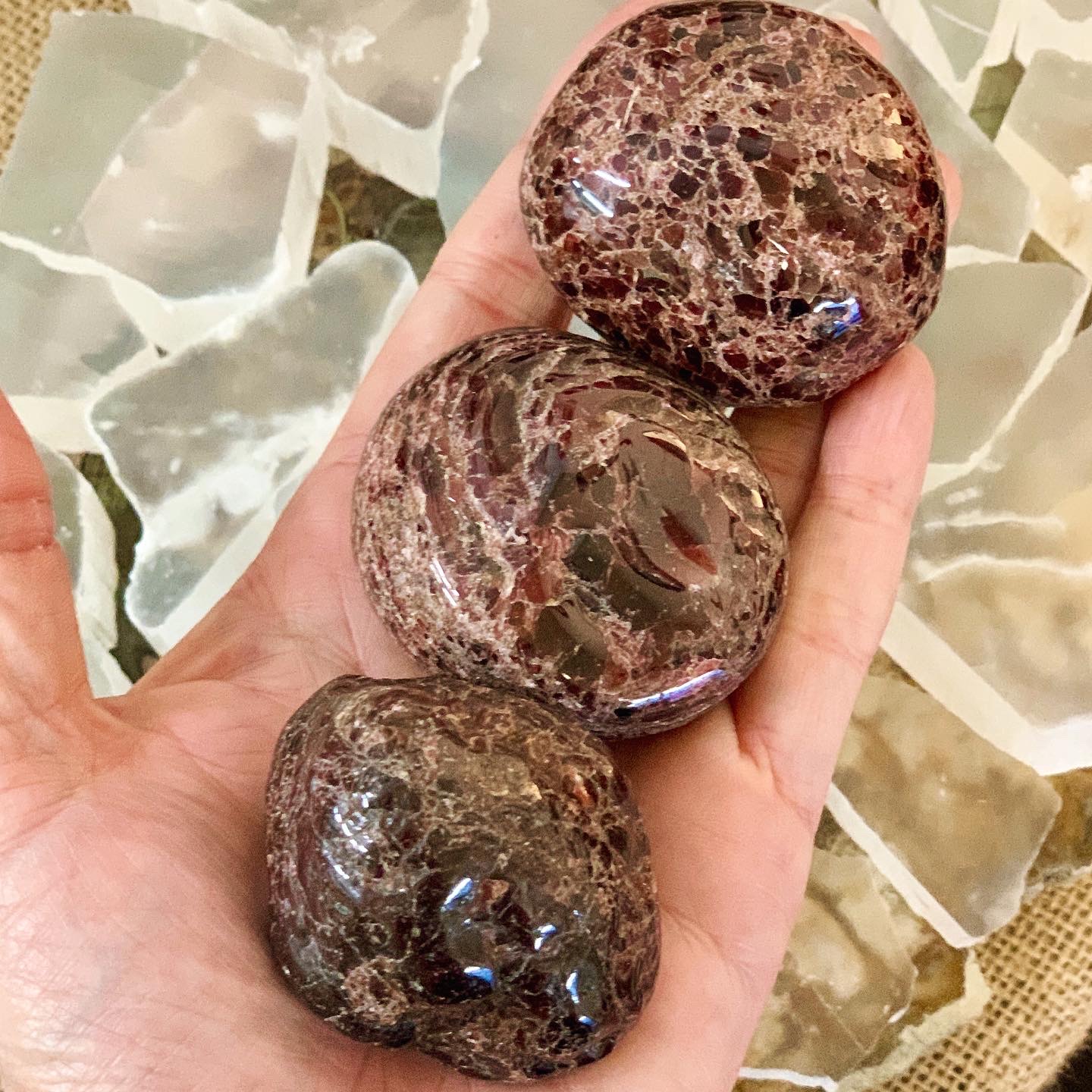 Garnet is such a unique crystal! Not only is it the birthstone for January, but what most people don’t know is that Garnet is not a single stone.  Instead it is the name given to a group of stones.  So in this case, Garnet is not just a mineral, but a mineral group and also a gemstone!

Most garnet found near Earth’s surface forms when a sedimentary rock with a high aluminum content such as shale and is subjected to heat and pressure intense enough to produce schist (medium-grade metamorphic rock formed from mudstone or shale) or gneiss (metamorphic rocks composed of many minerals). Garnets can be used by geologists to gauge the temperature and pressure under which a particular garnet-bearing rock formed.  However, Garnet can form not just under Metamorphic rocks, but also Igneous and Sedimentary rocks!

How Garnets Form in Metamorphic Rocks 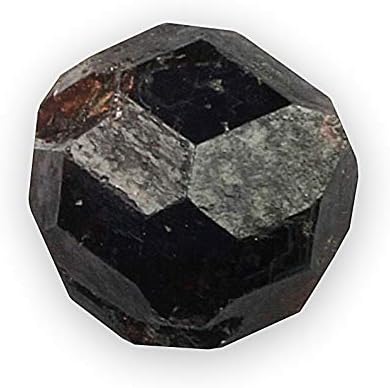 Most garnet forms at convergent plate boundaries where shale is being acted upon by regional metamorphism. The amazing and intense heat and pressure of metamorphism breaks chemical bonds and causes minerals to recrystallize into structures that are stable under the new temperature-pressure environment (therefore creating new crystals). The aluminum garnet, almandine, generally forms in this environment. As these rocks are metamorphosed, the garnets start as tiny grains and enlarge slowly over time as metamorphism progresses. As they grow, they displace, replace, and include the surrounding rock materials. This explains why so many garnets formed by regional metamorphism are highly included.

Metaphysics: Most of the red garnets you see today are Almandine Garnet.  These Garnets pack an intense power punch with the energies of earth and fire.  They work really well for balancing the lower chakras and can be used to improve physical constitution, recover from illness and is generally helpful for those struggling with blood disorders.  They can also bring an energy boost when you are feeling tired (Try our Garnet Elixir!) 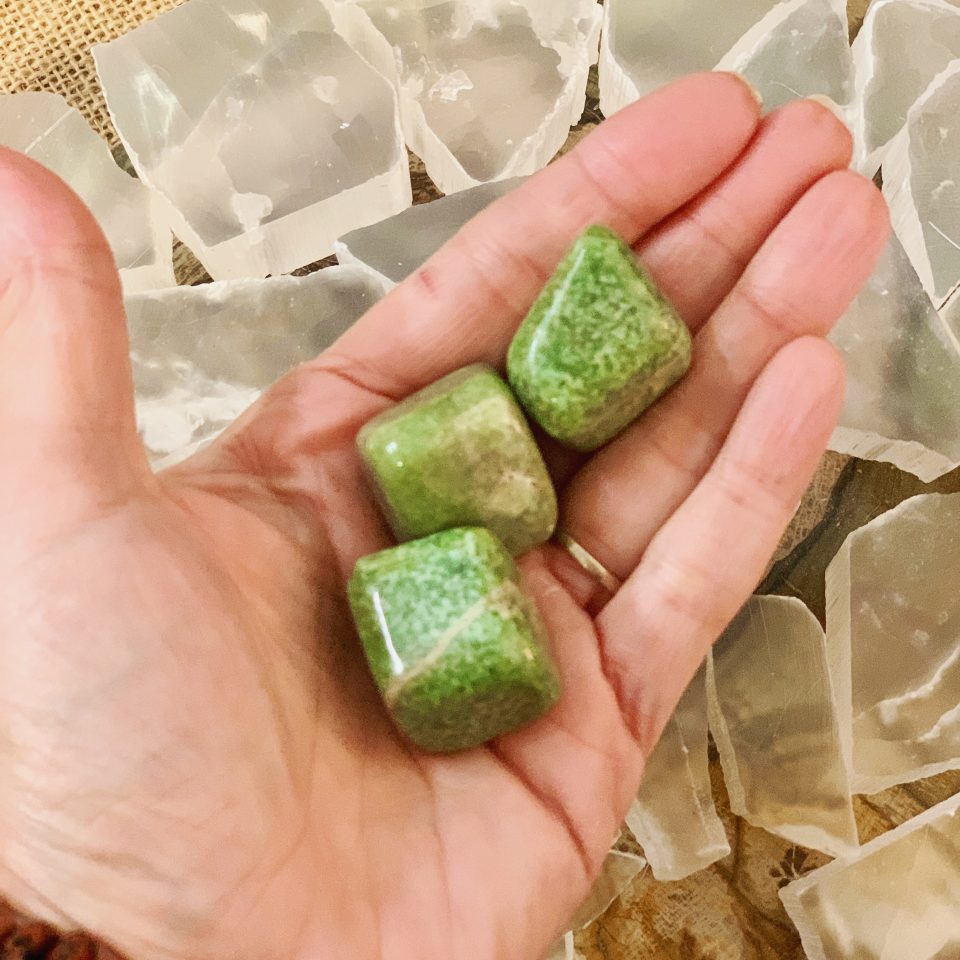 Calcium garnets typically form when argillaceous limestone is altered into marble by contact metamorphism along the edges of igneous intrusions. These are andradite, grossular, and uvarovite, the slightly softer, typically green garnets with a lower specific gravity. Two calcium garnets are highly regarded in the gem trade; they are tsavorite (a bright green grossular) and demantoid (a golden-green andradite).

Metaphysics: Grossular Garnet is generally formed in limestone deposits and because of this they tend to be a bit gentler than the Almandine Garnets.  Grossular Garnet works well for all types of heart chakra work, especially when you are recovering self-esteem or trying to overcome grief and loss.  It can also be used as a protective crystal for receptive empaths.

How Garnets form in Igneous Rocks 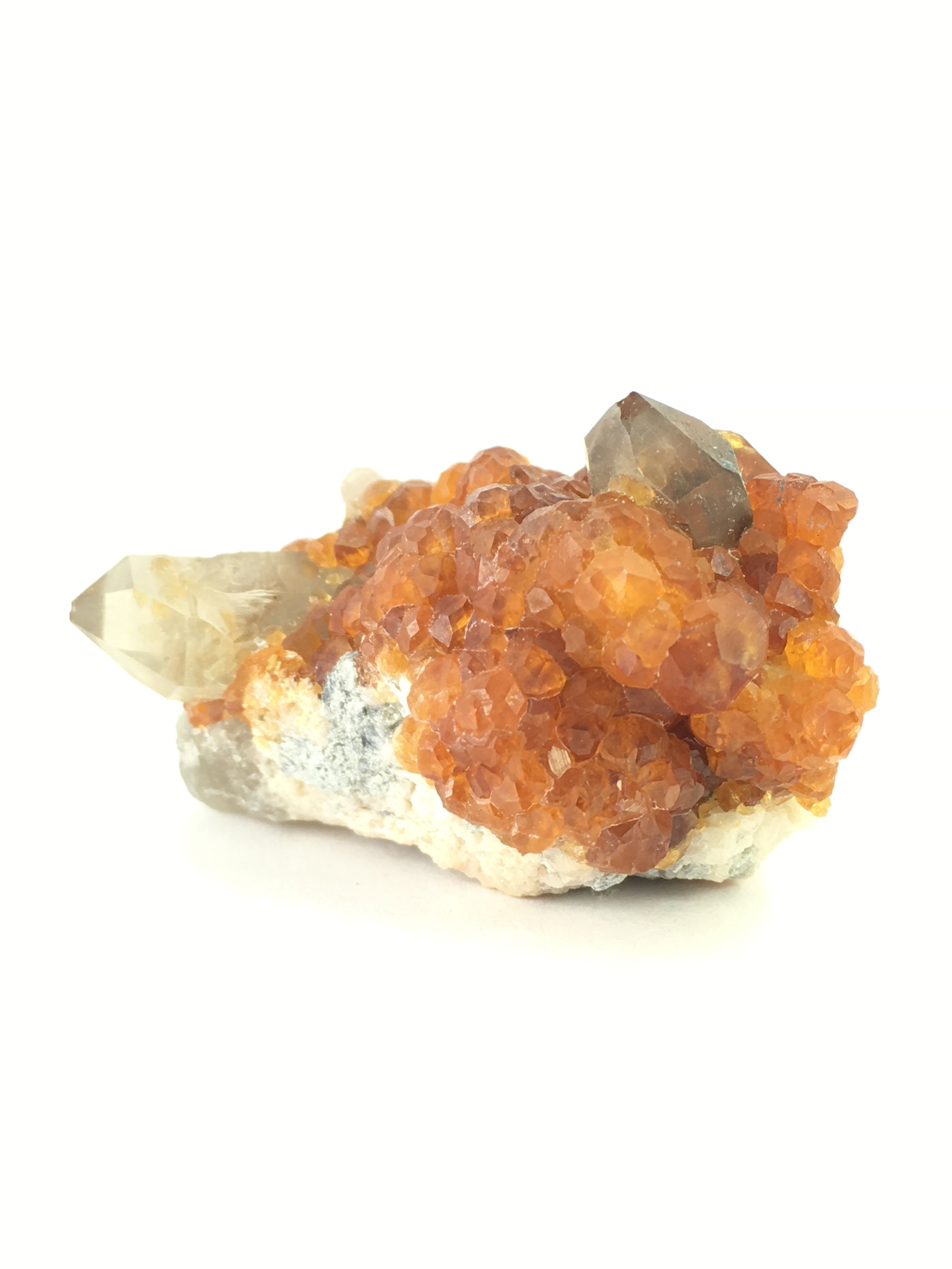 Garnet often occurs as an accessory mineral in igneous rocks such as granite. Many people are familiar with almandine garnet because it is sometimes seen as dark red crystals in the igneous rocks used as granite countertops. Spessartine is an orange garnet found as crystals in granite pegmatites. Pyrope is a red garnet that is brought to Earth’s surface in pieces of peridotite that were torn from the mantle during deep-source volcanic eruptions. Garnet is also found in basaltic lava flows.

Metaphysics: Spessartine forms in both metamorphic and igneous rocks.  It contains all of that elemental fire and earth energy that you see in red garnets, however it specifically works with the Sacral Chakra.  This crystal can be helpful for those who have a difficult time relating to others and forging intimate relationships.  It can also be used for those struggling with reproductive disorders or infertility. It can be used by couples who are trying to improve their sex life!

How Garnets form in Sedimentary Rocks

Garnets are relatively durable minerals. They are often found concentrated in the soils and sediments that form when garnet-bearing rocks are weathered and eroded. These alluvial garnets are often the target of mining operations because they are easy to mine and remove from the sediment/soil by mechanical processing.

For more Information on the Geology of Garnet,  visit Geology.com