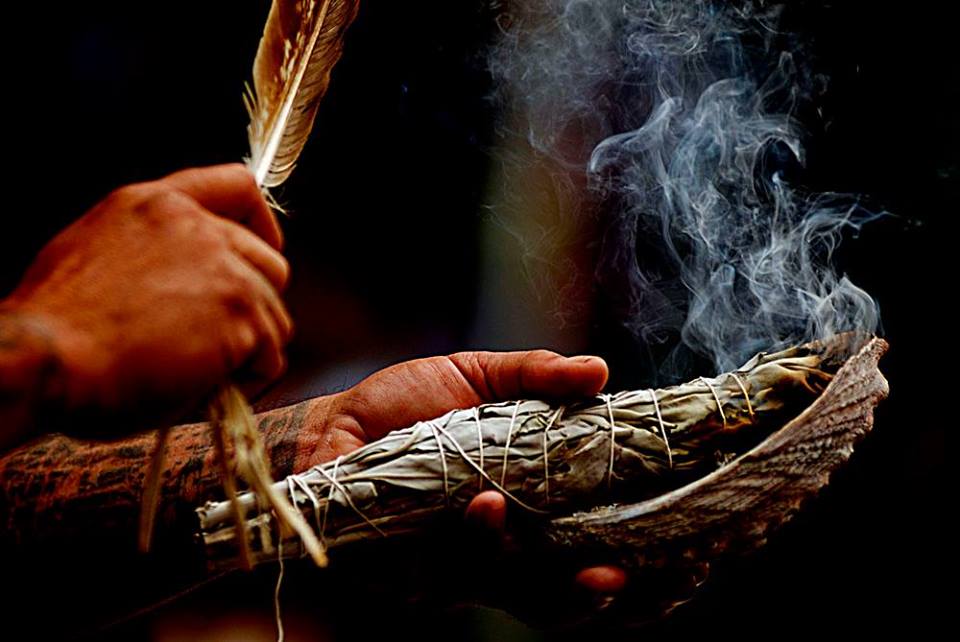 Smudging is an ancient practice that most native peoples, regardless of continent, have been practicing.  The idea is that you  can use herbs to “cleanse” a space, an item or a person!  There are many different herbal smudges since the herbs selected by each culture generally varied based on what was available to them locally.  In today’s modern version of smudging in the US, we tend to stick with herbs used by native cultures in the America’s.

The Steps of Smudging

Smudging is generally a 2 step process.  The first step to clear the area, removing low and negative energies and vibrations.  The second step generally varies based on what you are trying to to.  What do you wish to bring into that space, person or object, now that you have cleansed it?

For this step you can use one of the smudges listed below. If you are smudging a place you should do it the windows closed.  Once the Smudging smoke has permeated the location you can then open the windows, before proceeding to step 2:

Step 2 – Bringing energy back in

Now that your space, person or object is cleansed, it is time to decide what you want to bring back in.  You can use any of the following as a step 2 in your smudging process.

Bringing It All Together!

Now that you understand what each smudge does, below are some ideas for all types of smudging.  These are just ideas to get you started – I encourage you to try all smudges and see what works best for you!

Want more? We got you!

Put Some Magick in your Inbox!

Visit our Store in Rock Hill!