Raven 747 Comments Off on Osha Root, Bear Root, What Root? 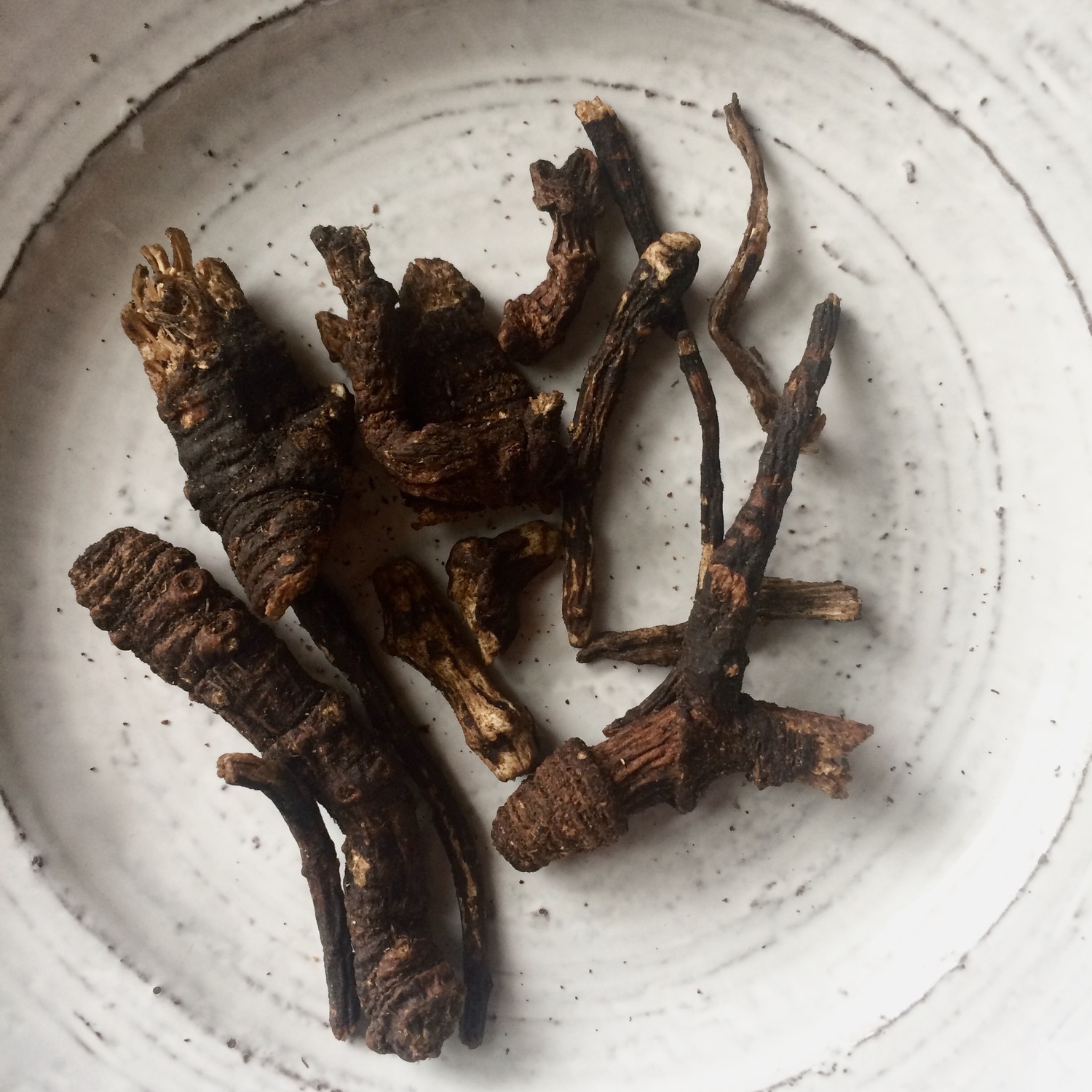 That’s a mouth full! It has been used in American Native Herbal Medicine and it’s cousin in Chinese Medicine for over a millenia.  But what is it and why is it so expensive?

Ligusticum porteri, known as Osha or oshá, is a perennial herb found in parts of the US and Mexico.  Osha is strictly a mountain plant, and it is most commonly found in deep, moist soils rich in organic material. The plant requires partial shade. Osha is widely distributed in the Rocky Mountains and the high mountains of northwestern Mexico.

The root of the osha plant is a traditional Native American herb. The related Ligusticum wallichii has been used for nearly 2,000 years in traditional Chinese medicine, and most of the scientific studies of osha were actually performed on the Asian species.

Osha is sometimes confused in the wild with poisonous hemlock; the difference between the two is that the osha root is extremely “hairy” and smells like incredibly strong celery.  Osha got the name “bear medicine” because it was noted by Native Americans and early settlers that bears would seek it out when they first emerged from hibernation as a means to stimulate their appetite, as well as chewing it into a “cud” of sorts and then dripping it down and rubbing it into their fur.

Why is it so expensive?

Osha doesn’t like to be domesticated, and is all but impossible to grow under cultivation. Virtually all commercial osha is wild harvested. Osha is dependent on mycorrhizal fungi, and attempts to artificially cultivate the plant outside of its habitat have not been successful. Cultivation in areas where osha naturally grows have been more successful. A permit is generally needed to harvest Osha Root.  It is important to purchase Osha from sustainably harvested sources to ensure that this wonderful root is not damaged due to over-harvesting.  Osha root is an endangered herb on the United Plant Savers ‘at risk list’, and it is not possible to cultivate it on a farm.It has become increasingly difficult to source.

According to WebMD, Osha is used for sore throat, bronchitis, cough, common cold, influenza, swine flu, and pneumonia. It is also used to treat other viral infections including herpes and AIDS/HIV. Some people use it for indigestion. Some people apply osha directly to the skin to keep wounds from getting infected. Osha contains chemicals that might help fight bacterial and viral infections.  Osha root should never be used by anyone pregnant or lactating.

Osha Root is thought to be a potent antiviral and antibacterial agent, which can help with bronchial infections and sore throats. Chewing directly on the Whole Osha Root is thought to cause perspiration which may enhances the body’s immune system. While the Osha Root has a distinct and bitter taste, these dried roots also have a numbing effect which soothes sore throats. Tea made from Osha Root may also relieve some gastrointestinal discomfort, in particular indigestion and vomiting due to an upset stomach. This natural root is also sometimes used as a way to increase appetite and topically on cuts and scrapes because of its powerful antibacterial qualities. Some believe the potent properties of the Osha Root may be used for head colds with dry cough; certain stages of pharyngitis; early stages of tonsillitis; coughs; influenza with persistent coughing; dry, hot fevers; and acute brochial pneumonia.

Be careful not to confuse osha with the very poisonous plant hemlock. The leaves of the two plants are very similar. Osha must be identified by the root, which people say has an unpleasant celery-like odor. Be sure to buy osha from a reputable source, so you can feel confident that the product really is osha. 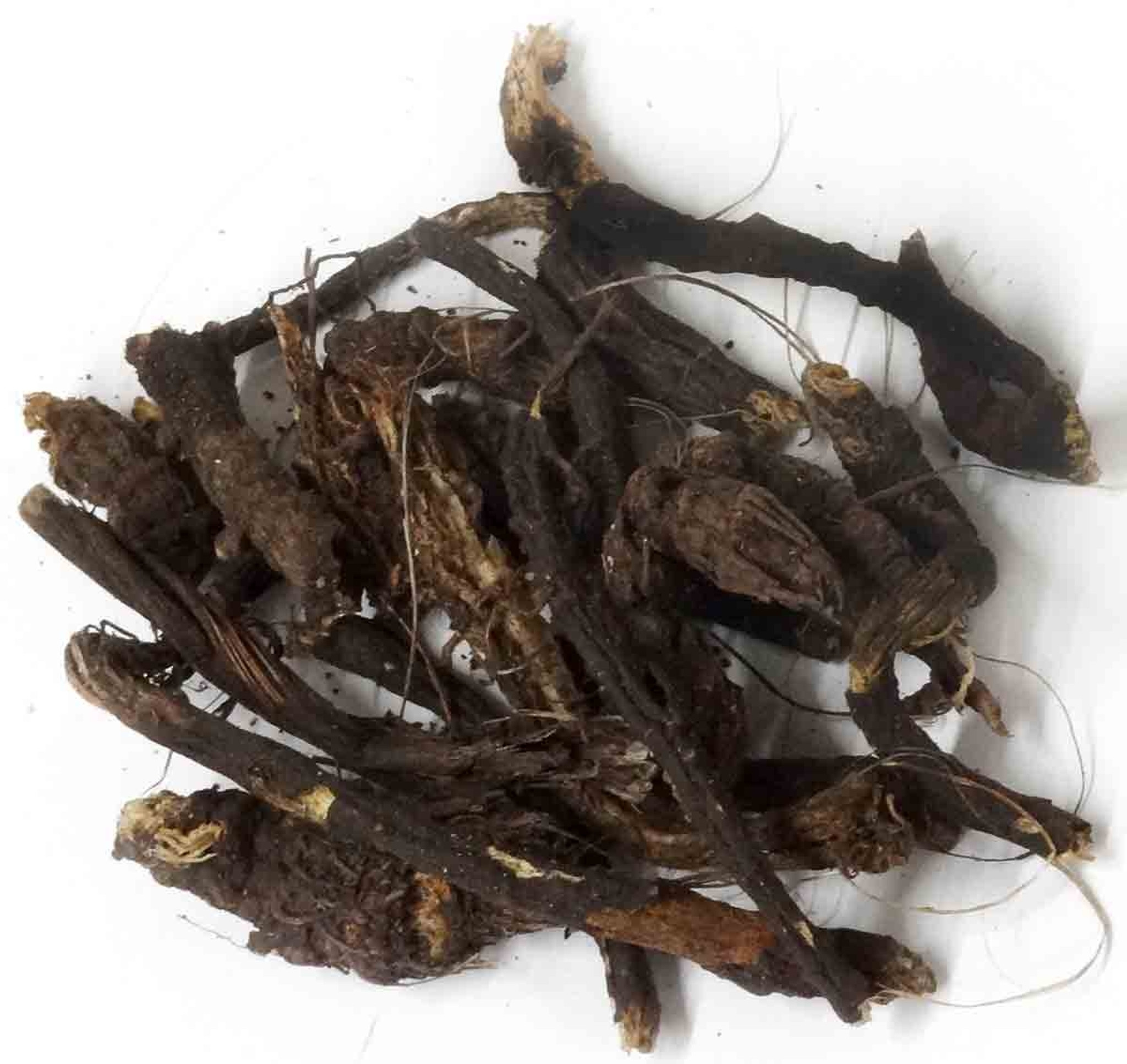 Wayfaring native peoples have carried osha root as a talisman to ward off rattlesnakes and witches’ spells.  Elders have always like to receive osha as a gift.  The Navajo call it “deer eye”, the Hopi call it Bear root but osha is its Spanish name.  White man has called osha “Porter’s Lovage”, “Colorado Cough Root”, “Bear Medicine” and “Indian Parsley.”  Nearly every Indian tribe in North America uses a species of Ligusticum, medicinally, ritually or symbolically.  Osha is a plant associated with good luck  and protection.  It is revered by all traditional healers and medicine people living in the Southwest for its broadly effective and powerful healing abilities (by Native Scents).

Osha Root has had many traditional uses over the years.  Due to the fact that it contains oxytocin it has been used in rituals to promote love, fidelity and pair bonding.  In some cultures it is strongly associated with Bear medicine (named bear root) since bears chew it immediately after awakening from hibernation to increase energy levels.  In some cultures it is used to stimulate lucid dreaming and spiritual communications during dream time.

With Osha root a little goes a long way! This is a strong root and it’s all about quality not quantity!